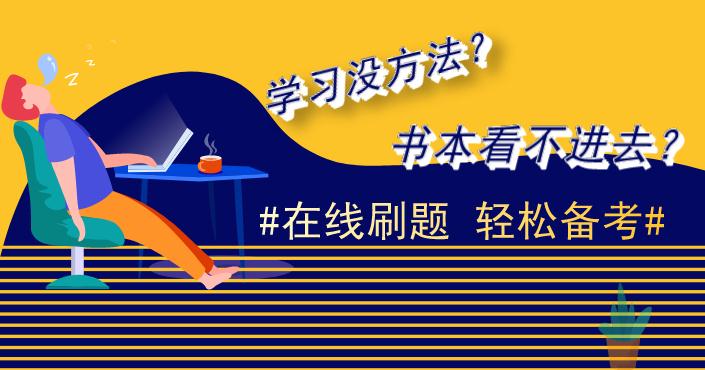 第7题 -Have you got a camera？

第8题 Peter was about to unlock the door______ he found someone had broken into the room.

第9题 The speaker, ______for his speeches，was warmly received by the students.

B. to be known

C. I didnt want to

第14题 The President gave the Secretary of State 30 days______the report.

第15题-Who do you think has made my room so dirty,Mom？

第17题 People were disturbed and began to see where the noise______.

第18题 ______in the letter did the young man say anything about his mistake.

第19题 The Greens chose to live______life was cheap，and they moved to a small town years ago.

Everyone likes things that are free，and businesses often give things for free to customers as a way of getting more people to pay attention to their products.

People do not agree about where the guitar was first played，but most agree it is very old.Some say an instrument very much like a guitar was played in Egypt more than one thousand years ago.Some others say that an old form of the modern guitar was brought to Spain from Persia sometime in the 12th century.The guitar continued to develop in Spain.In the 1700s it became similar to the instrument we know today.

One kind of music for the guitar developed in the southern area of Spain called Adalusia.It will always be strongly connected with the Spanish guitar.

第36题 What is discussed about the guitar in Paragraph 1?

A. Its history in America.

B. Its value in the music world.

C. Its importance for music lovers.

D. Its use in musical performance.

第37题Where could the oldest form of the guitar probably exist according to the text?

第38题Who did most to make the guitar very popular?

第39题What would be the best title for the text?

A. Music and Musicians

B. The History of the Guitar

D. The Most Popular Musical Instrument

Eight years ago，officials in Chicago，Illinois，decided to replace the black roof on the city government building with a planted garden.The aim was to reduce energy costs，improve air quality and control the rainwater entering the city’s waste system（系统）。Green roofs also help reduce a problem called urban heat islands（城市热岛现象）。During hot weather，the building’s roof could reach temperatures of up to 76 ℃。With the garden,the temperature of the roof area was reduced by at least 30 ℃。Workers planted over 150 kinds of plants that could stand bad weather.Now,the area is cooler,the building requires less energy to keep cool,and the roof looks nice.Chicago also offers money to help people pay for building their own green roofs.

About five years ago，officials in Thane,India,decided to reduce the city’s depending on power from coal.The city often experiences lack of power because of the large numbers of people using electricity.Officials decided to save energy by putting water heaters（热水器）powered by the sun on top of the city’s main hospital.The hospital saved thousands of dollars in energy costs each year.Officials then began building this kind of water heater around the city.

China has announced plans to build a city called Dongtan.The company designing the city says it will produce its energy from the wind,sun and waste.The aim is for the city to be an example to the rest of China.

第40题What did the officials in Chicago decide to do?

A. To grow plants on the roof of the government building.

B. To make use of the rainwater in the citys waste system.

C. To improve the air quality of the city greatly.

D. To build another government building.

第41题What problem does Thane have according to the text?

A. The city doesnt have enough electricity for its people.

B. The citys main hospital lacks money for energy costs.

C. The city needs more water heaters for its people.

D. The city needs to control its population growth.

第42题Why does China plan to build the new city?

A. To set an example of using clean energy.

B. To provide energy for the rest of China.

C. To learn how to use new energy forms.

第43题What does the author try to tell the readers about?

A. Problems in big cities of the world.

B. The rising energy costs in cities.

D. Energy problems in the world.

On my way home from work one day in 1994，I stopped at a supermarket for shopping.I was behind two customers.The person checking out was a young mother with her little girl.As the clerk was scanning（扫描）the things she had chosen，the young lady was carefully counting her money,worried.After the last thing was scanned，the clerk told the young mother the total.

The young mother’s expression turned to embarrassment（尴尬）as she realized she did not have enough money.She started to see which things to put back，and nervously looked behind her,knowing she was holding up the line.I was smiling and trying to look sympathetic（同情）-I had been in situations where I did not have enough money plenty of times myself.Finally,the young mother gave something back to the clerk，and asked for a new total.

I will never forget the look on that little girl’s face-not when she was given the money,but when she realized that a perfect stranger cared enough to help them.From the way she looked at the woman，you could tell that she learned something valuable that day：Some people do care.

That woman taught me several things with that one little deed.There are many situations in which we can help other people.It doesn’t take much money.A few dollars to someone like me was something quite different to that mother.

第44题Why was the young mother carefully counting her money?

A. To know how much would be left after payment.

B. She got ready to pay for what she had taken.

C. She was afraid that she didnt have enough.

D. To see if she could buy more things.

第45题What did the author try to show to the young mother by smiling to her?

A. He had seen her before.

B. He was willing to help her.

C. He was surprised at her embarrassment.

D. He understood what happened to her.

第46题The woman in front of the author handed five dollars to_____.

第47题What is the text trying to teach us?

A. Women and children should be helped.

B. A little care can bring about great happiness.

C. There are always people who are in trouble.

D. A friend in need is a friend indeed.

There’s a time to get angry,and it’s best for your child if you do.Let’s say your child hits a playmate with a toy-hard enough to make the other child cry.How can you teach your child to feel sorry so he or she won’t do it again?Researchers say the best way for parents to react（反应）is to show their anger and to let the child know exactly why they are mad.

Many parents believe that it is best to control their feelings and to wait until they’re calm before scolding their children.But the mother or father who explains reasonably to a child，“Peter was crying because you hit him，”is not likely to attract much attention.Young children need to be scolded immediately,and strongly,before they’ll take criticism（批评）to heart.

When your young child does something wrong，scold him or her seriously at once.At the same time be sure to tell the child clearly what he or she has done wrong.An angry reaction without an immediate explanation does little good.Forbidding a child to play outside or not allowing him to watch TV as a punishment works well-but only when taken together with an explanation.Make certain your child understands that although his or her wrongdoing has made you angry,you still love him or her.Use simple，direct words such as，“You hurt Peter.How would you feel if he hit you?You must never,never hurt people.”If your voice expresses strong feeling clearly,your message will carry enough weight.

第48题According to researchers，how should parents react when their child did something wrong?

A. Ask the child not to do it again any time.

B. Let the child know what exactly happened.

C. Teach the child why and how to say sorry to others.

D. Show the child how angry they are and tell him why.

第49题What do many parents think they should do with the wrongdoer?

A. Speak strongly and angrily to him.

B. Hide their feelings when talking to him.

C. Explain immediately why he was wrong.

D. Calm themselves down before scolding him.

第50题What could be the best title for the text?

B. Differences among Parents in Dealing with Children

D. Research on Preventing Children from Hurting Others

S：I’m sure we have something for you.

P：I travel a lot for work，and I worry about my suits getting dirty on the road.

[Paul comes out of the dressing room.]

S：Do you need anything else

I’ve got good news for you.Qian Jin High School in my city wants an English teacher for the coming term.He’ll teach Spoken English for 2 classes,10 hours each week.He’ll also be in charge of after?class activities,once a week,for those who are interested in discussions in English.He’ll get 4,000 yuan each month.The school will provide a free flat and pay for the plane tickets from his home country to Beijing and back.

I know you wish to teach English in China.I’m looking forward to your reply.