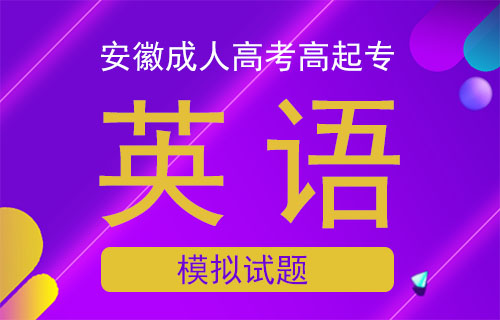 Brian and I were a few months into our relationship and I still hadn’t cooked for him. He was a skillful cook and the thought of preparing a meal for him made me feel worried. Finally, one day I decided that I would make dinner for him Saturday night. I bought an Italian cookbook.

Saturday afternoon I made the filling first. There was no problem. Next, I started with an egg in the well of some flour, and the mixture changed into a mound of dough （面团）。 I began to feel good about myself.

I glanced around the kitchen, looking for a rolling pin. My eyes lit on a bottle of wine I had bought to go with dinner. Not as good as a pin, but it would do. I rolled as best as I could, and then cut the dough with a knife.

Just as I was finishing, the doorbell rang. I put the tortellini I made into the fridge and greeted Brian. He had brought along a bottle of wine and a rose to celebrate the evening.

The pot of water began to boil. Brian watched as I pulled the tortellini out of the fridge, and his eyes opened widely. “You made tortellini?” he asked.“By hand? I don’t even make that, and I have machines to do the job.”

I dropped the tortellini into the boiling water, and soon they were ready. Everything looked perfect. We sat down, and I watched as Brian put one in his mouth and chewed（嚼）。 And chewed. And chewed.

Then I tried one. It was very thick. I knew it was all over. Brian would just taste the food, and then leave early with a headache and disappear into the night.

But he ate them, admitting that they were a little thick, but really not bad.

36.What made the writer feel worried at the beginning of the story?

A. Making Brian a cook.

B. Cooking a meal for Brian.

37.Why did Brian bring wine and a rose to the writer?

A. To show that he was pleased to have the tortellini.

B. To express his happiness to have the dinner.

C. To tell her that he’d remember the dinner.

D. To show that he was her good friend.

38.How did Brian feel when he saw what the writer had prepared?

39.What did Brian do after he had the tortellini?

A. He praised her work.

B. He said it was terrible.

C. He kept silent about it.

D. He left with a headache.

Everyone knows about exchange （交流） and visitor programs that give students a chance to study in another country. But today there is a program that gives teachers a chance to teach in the United States.

It is the Visiting International Faculty Program. VIFP is based in North Carolina and says it is the United States’largest cultural （文化方面的） exchange program for teachers and schools. The program has brought about 7,000 teachers to the United States since 1987.

The program is open to teachers from Latin America, Europe, South Africa, Canada, Australia, the Philippines and New Zealand. It places them in schools in seven states for one to three years. After that, they must return home. The seven states are North Carolina, South Carolina, Maryland, Virginia, Georgia, Florida and California. The teachers work for the school systems in these states and are paid the same as an American teacher.

Teachers in the program must have a very high level in English. They must have a university degree. And they must have three years of teaching experience with students between the ages of five and eighteen.Two years of driving experience is also required. Visiting teachers may also be able to earn a master’s degree while in the United States.

A. students who are going to study in the US

B. schools to improve their school systems

D. foreign teachers to teach in the US

41.What does VIFP refer to?

A. A shool that serves international teachers.

B. An organization founded by North Carolina.

C. An exchange program that started in 1987.

D. A training center based in the United States.

42.Which of the following is required of a visiting teacher?

A. Having taught at college.

B. Working in the US before.

C. Having a car of his or her own.

D. .Holding a degree from a university.

Tuesday … partly cloudy in the morning. Then mostly cloudy with a change of showers in the afternoon. Humid with highs in the upper 80s. Southwest winds 10 to 15 mph. Change of rain 50 percent.

Tuesday night … mostly cloudy with a change of showers in the evening. Then partly cloudy after midnight. Humid with lows in the upper 60s. Southwest winds 5 to 10 mph. Change of rain 40 percent.

Wednesday … partly cloudy in the morning. Then becoming mostly cloudy. Humid with highs in the mid 80s. Southwest winds 5 to 10 mph.

Wednesday night … cloudy with a change of showers. Heavy rainfall possible in some places. Humid with lows in the upper 60s. South winds 5 to 10 mph. Change of rain 40 percent.

Thursday and Thursday night … mostly cloudy with a change of showers. Highs in the lower 80s. Lows in the upper 60s. Change of rain 30 percent.

43.On which days will there be southwest winds, according to weather report?

A. Tuesday, Thursday and Friday.

B. Monday, Wednesday and Friday.

44.What will the weather be like during the day Wednesday?

B. More and more cloudy.

C. Fine and then cloudy.

A. it will clear up in the morning

B. there will be showers in the afternoon

C. the temperature will go up

D. there will be southeast winds

Thanks to Google, millions of Internet users are now swimming effortlessly in the information ocean. Internet users know that Google is a strong search engine that is designed to bring tons of information within their reach. Yet, few people make the most of Google, says computer scientist Nancy Blachman.

Blachman was introduced to Google in April 1999; her interest grew after working there for a few months. Before long, she was a Google fan. As Blachman studied the search engine, she became more and more skillful. Then, Jerry Peek suggested she write a Google guidebook. The idea interested her, and she began developing the website （网页）， GoogleGuide.com. Since then, millions of people have used her website.

Blachman guides her online （在线） students through step?by?step lessons. Some lessons are for new Google users, but experienced users can also find lessons they need. One tip: if you aren’t sure whether a word has a hyphen （连字符）， it is best to search with the hyphen-this way Google will look for the word with the hyphen, without the hyphen and written as two words. And another:users can ask Google not to do something by putting a hyphen before the word. For example, someone searching for“Dallas cowboys”，who does not want the football team, should enter“Dallas cowboys?football.”

Blachman says the website is her way of continuing teaching and helping people, which she enjoys. From 1990 to 1997, she taught courses at Stanford about mathematical software （软件）。 She also has written several books.“A lot of people see Google as easy to use, and it is easy to use, but I am trying to make it even easier.”

A. to teach computer users how to develop a website

B. to teach computer users how to improve Google

C. to introduce one of the online dictionaries

48.What does Blachman think about Google users in general?

A. They don’t know how to make full use of Google.

B. They don’t know how to swim in an information ocean.

C. They have to take computer lessons to use Google.

D. They have to become a fan to be skillful Google users.

A. the word with a hyphen

B. the word without a hyphen

C. two words rather than one

50.Which of the following is TRUE of the passage about Blachman?

A. She has been working to make Google easier to use.

B. She learned about Google from a guidebook.

C. She tries to persuade people to work for Google.

D. She became a Google fan after developing her website.

P:Can I help you, sir

L:Yes, please. I should be back to my hotel before dinner time, but

P:OK.Go straight ahead until the third traffic lights.

52.What’s the name of your hotel/where are you staying

I’ve been in England for two weeks now. You must be eager to know what’s going on with me in your home country and how I feel about my stay here.

I miss you very much and will write you more about my life here.

I’ve been in England for two weeks now. You must be eager to know what’s going on with me in your home country and how I feel about my stay here. I’m staying with an English family and spend a lot of time with them. They have a son of my age and very soon we become good friends. We talk about our school lives, and after?class activities too. By talking with him, I’ve improved my spoken English greatly. I’m sure you’ll find it when I’m back and see you again. The summer camp’s life is rich and colorful. We have a lot of activities, for example, visiting museums, playing football with the students here and having evening parties. I’ve learned a lot from these activities. I miss you very much and will write you more about my life here.