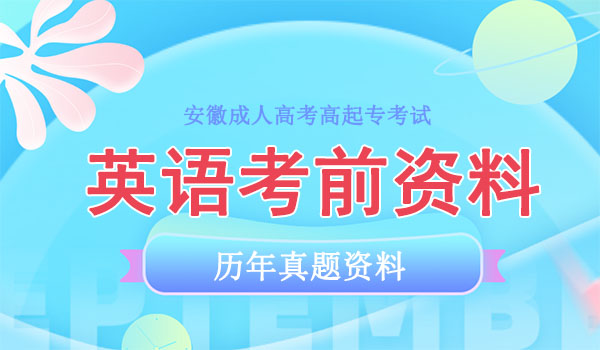 Up to now, you have probably spent most of your time on English grammar and new words. You already know quite a lot about what the rules of English grammar are, and how to form sentences in English. This knowledge is necessary for you to continue your study, but it is not enough for you to speak English well. In order to develop conversational listening and speaking skills, you need practice in these skills, and this is what this textbook aims to give you.

Each unit in this book does not aim at grammar. Instead, the main goal of each unit is to provide conversational tasks or functions（功能）such as introducing yourself, talking about likes and dislikes, and inviting someone to go somewhere. In order to take part in English conversation, it is necessary to learn how these and other basic functions are used in English.

At the end of each unit, you and your classmates will work together to solve（解决）a problem based on the functions you have just learned.

This book gives you chances to listen to native speakers. It also gives you guided practice in developing conversational skills.

36.What does this book aim to provide for the user?

A. Knowledge about grammar rules.

C. Exercises for skills to form sentences in English.

A. to perform a task

B. to make a travel plan

C. to introduce a classmate

D. to learn another function

A. who have never listened to native speakers

B. who have no idea how to solve language problems

C. who know some grammar but are weak at speaking

D. who know some functions but need to practice them

I always feel sorry for world leaders busy dealing with fights between nations. When my three children were young, most days it was hard keeping my house from becoming a battlefield.

It got worse as they grew older. Three years ago, Zack, then 16, couldn’t make it through a day without making his sisters, Alex 11 and Taryn 9, angry.

My husband and I tried to be understanding the boy at such an age. We reasoned, punished, and left heartfelt notes on his bed about how he was hurting our family. His answer was “I say it because it’s true.”

I even tried telling the girls to fight back. Bad idea. Now I had three children at war. When there was no way out, I told everything to my sister in an e?mail. She replied, “Don’t e?mail me. E?mail him.”

Our son was online（上网）every day, mailing and talking with his friends. Maybe he would actually hear me this way. I didn’t say anything different, but e?mail just took the tension（紧张气氛）away. There’d be no shouting or door banging. Zack wouldn’t feel under attack.

Zack didn’t reply for days. When he finally did, his entire message was four small words. I smiled when I read them: “You’re right. I’m sorry.”

The children still fought, of course, but Zack changed. Best of all, I now have a better way to talk with not one but three of them. I like that they don’t tune me out as much. They like not having to listen to me shouting to them. Or as Alex says, “You’re so much nicer online.”

All I know is that the house is quiet, but we’re talking.

39.What was the trouble before the online talk in the family?

A. The writer failed to understand her daughters.

B. The children couldn’t get along peacefully.

C. The family found it difficult to keep the house clean.

D. The parents were not willing to talk with their children.

40.Which of the following did the writer try to deal with her son?

A. Talking with him about his pain.

B. Telling him about the truth of the family.

C. Telling her daughters to keep away from him.

D. Encouraging her daughters to fight against him.

A. to tell her the family problem

B. hoping she’d e?mail the boy

D. to reduce the tension

A. quarrel with me

B. get angry with me

C. pay no attention to me

D. keep me out of their rooms

Hundreds of thousands of young children are being given mobiles（移动电话）by their parents against official health advice. One in nine five?to?nine?year olds has a mobile. This will rise to one in five in a year or two, making this the fastest growing group of mobile users.

A report on mobile safety says that while it is not sure whether they hurt users, children should not be allowed to use mobiles as much as grown?ups. This is because their brains are still developing and their bones are thinner, making it easier for mobile phone radio waves to pass through them. Mobile phone companies say they do not aim at under?16s, although some of their mobiles are designed to interest younger children.

Many of the mobiles are paid for as a safety measure so that the child can always call a parent when necessary. However, when children see that their friends have a mobile, it can become popular among them.

Professor Colin at Oxford University, who studies mobile phone radio waves, told BBC News：“It’s new technology（技术）and the science is still developing. We have to be very careful about children-if there are any effects they would hurt young children more than grown?ups.” He suggested that children should be encouraged to use text messages rather than spoken conversations, as this would reduce the amount of radio waves greatly.

43.Which age group of mobile users is increasing fastest?

44.What do mobile phone companies say about their business?

A. They make mobiles for those over 16.

C. Their designers know the brains of children users.

D. Younger children are more interested in their mobiles.

45.According to Professor Colin, which of the following is TRUE?

A. Reducing radio waves is a hard task for scientists.

B. Children should not be allowed to use mobiles.

D. Sending each other text messages is safer than regular calling.

46.What do you think is the purpose of this passage?

A. To make known that children mobile users are increasing very fast.

B. To warn people about the danger of children using mobiles.

C. To discuss the effects of mobile phone radio waves.

D. To teach people a safe way of using mobiles.

When memories of holiday pumpkin pies（南瓜馅饼）are not fresh any more, large?pumpkin growers are already planning next year’s crop. Every year farmers around the world work very hard to see who can grow the world’s largest pumpkin.

The present world record belongs to Steve Daletas of Oregon. His pumpkin weighed 1,385 pounds （628 kilograms）。 That’s heavier than large bears! In August the pumpkin grew 29 pounds （13 kilograms） per day! Our reporter spoke with Andrew Sabin, who was one of the organizers of the 2003 Large?Pumpkin Weighing Competition（比赛）。

To grow a large pumpkin, Sabin explained, you need the right seed and the right soil, and a lot of hard work.“It’s like a baby,” he said. “You look at your baby every day.”

All the hard work leads up to the weighing competitions, which usually take place in October. Top prize winners can earn thousands of dollars.

Just getting the large pumpkins away from the farm can be very difficult. The pumpkins are so heavy that farmers often have to use forklifts（叉车）to move them.

What do farmers do with the large pumpkins after the competition? According to Sabin, restaurants often buy the pumpkins for show. Top winners can also sell their pumpkin seeds to other farmers hoping to beat the world record the next year.

Would the large pumpkins be made into pumpkin pies? Not likely, Sabin said. “They don’t taste so good as the small pumpkins that are grown to eat.”

Animals seem to like them though-at least one large pumpkin was fed to an elephant at the Oregon Zoo!

47.Which of the following is TRUE of the passage?

A. People continue to pay attention to holiday pumpkin pies.

B. Farmers in the world are eager to grow pumpkins for food.

C. Farmers try their best to grow pumpkins as large as possible.

D. Pumpkin growers find it difficult to plan the next year’s farming.

48.What can we know about Steve Daletas from the passage?

A. His pumpkin is the heaviest in the world.

C. He tries to find bears heavier than his pumpkin.

D. He is an organizer of the 2003 pumpkin competition.

50.What might happen to the largest pumpkins after the competition?

A. Winners move them back to their farms.

B. The Oregon Zoo uses them to attract visitors.

C. Their seeds are sold to the farmers who need them.

D. Some restaurants make huge pumpkin pies with them.

S:We have a large variety of T?shirts. What about this one

S:Yes, we also have pink, orange, black, blue, and…

What do you think about it

I’m looking forward to your coming.

I’m very glad to know that you’ll be back to Ningbo for a visit. As soon as you can fix the dates I’ll book a hotel room for you. I know that you hope to see how China has changed in these years. Why don’t you go to Yiwu? A visit to that city is worth your time. Yiwu has become a new international market, and a lot of businessmen from abroad live there, buying goods and sending them to their home countries. As the city is close to Ningbo, the trip will take no more than two days. What do you think about it? I’m looking forward to your coming.