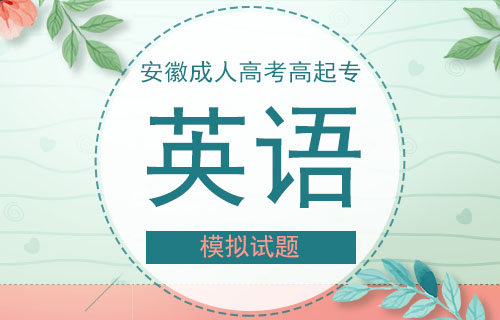 Grammar is the way a language works. People sometimes describe grammar as the ―rules‖ of a language; but in fact no natural languages have rules. If we use the word ―rules‖， we suggest that somebody made the rules first and then spoke the language, like a new game. But languages did not start like that. Languages were started by people making sounds which gradually changed into words, phrases and sentences. No commonly-spoken language is fixed. All languages change over time. What we call grammar is simply a description of a language at a particular time.

Do we need to study grammar to learn a language? The short answer is ―No‖。 Very many people in the world speak their own native language without having studied its grammar. Children start to speak before they even know the word ―grammar‖。 But if you are serious about learning a foreign language, the long answer is ―Yes, grammar can help you to learn a language more quickly.‖ It’s important to think of grammar as something that can help you, like a friend. When you understand the grammar of a language, you can understand many things yourself, without having to ask a teacher or look in a book.

So think of grammar as something good, something helpful, something you can use to find your way like a signpost or a map.

41. The author holds that if grammar is described as ―rules‖， it would suggest that _____.

A. rules must be made to speak the language

B. language goes before grammar

C. rules are fixed by language

D. language is not a new game

A. language is changing, so is its grammar

B. grammar must be simple to describe a language

C. languages were formed by people now and then

D. grammar should be changed at a particular time

A. we look up something in a book

B. we ask someone to make rules

C. we speak our native language

D. we learn a foreign language

44. Which of the following would be the best title for this passage?

A. Grammar Is the Rules of a Language

B. The Change of Language

C. Grammar Is Your Friend

D. How to Study Grammar

In the late 1990s scientists began to notice changes in Yellowstone National Park. Trees that had stopped growing for years began to grow again. Animals started behaving differently. Scientists believe it is the wolves that have caused these changes.

Wolves used to live in Yellowstone. But many people thought wolves would kill animals kept on farms, such as cows and sheep, and they would harm crops, too. In 1926 the last wolf in Yellowstone was killed.

For the next 70 years Yellowstone did not have any wolves. Scientists decided to bring them back to the area in 1995. The U.S. Fish and Wildlife Service brought in 15 gray wolves from Canada. Today between 250 and 300 wolves live in Yellowstone-and they have already left their mark.

Wolves have been hunting and eating elk. The elk leftovers （驯鹿被吃剩的部分） provide food for animals such as bears. With fewer elk, plants can grow better and taller. This new plant growth provides more trees for birds and more plant food for beavers. The number of beavers in northern Yellowstone has increase greatly since wolves were reintroduced.

However, not everyone is happy with the wolves’ return. Farmers want to limit the number of wolves in the area, because if there are too many wolves, they may have not only their cows and sheep killed by wolves, but also their cats, dogs, and horses. Still, many scientists believe that Yellowstone is starting to look more like it did before people began to kill wolves there. 45. Which of the following is true according to the passage?

A. Wolves have played an important role in Yellowstone for 70 years

B. Wolves in Yellowstone had all been killed by the mid-1920s

C. Yellowstone had no wolves at the beginning of the 20th century

D. Yellowstone can hold no more than 300 wolves today

46. The sentence ―… they have already left their mark‖ most probably means in the passage that _____.

A. they have brought about changes to Yellowstone

B. they have made marks where they can get food

C. they have left a lot of footprints in the park

D. they have marked out the areas of their own

47. What is the immediate change after 15 wolves were brought in?

A. Plants grow taller and better

B. Beavers have increased greatly

C. The number of elk is reduced

D. Cows and sheep are killed on farms

48. It seems to be a wise decision to have brought wolves back to Yellowstone because ____.

A. wolves can depend on themselves to find food

B. a national park should introduce foreign animals

C. a national park should have different kinds of animals

D. wolves are necessary for many other animals and plants to live

In most of the United States, students attend classes for 5 days each week. Schools are required to hold classes for about 180 days a year. Recently, schools in some areas of the country have begun experimenting with the new teaching arrangement of holding classes for 4 days a week. Classes would meet their Monday through Thursday, or Tuesday through Friday. Some schools in 12 American states are now using that schedule （日程安排）。

The students still have the same number of total hours in class as before. But they attend school for a longer time on each of the 4 days. In Colorado, schools on the four-day week hold classes for seven-and-one-half hours a day for 144 days. Traditional （传统的） schools meet for 6 hours a day for 180 days.

Many schools on a four-day schedule offer special programs, trips or sports meets on the fifth day. Officials say this gives students even more time in class than on the traditional schedule. Students do not have to miss school to go to the events. They can also go to doctors or deal with other important affairs on the fifth day.

The main reason for shortening the school week is that many schools can save money by not providing meals or transportation for students on the fifth day. And they say research shows that students are not harmed by the shorter week.

49. How many teaching hours do most of the schools have in the U.S.?

50. What change does the four-day school week bring about?

A. Students attend classes for 180 days a year

B. Students have fewer class hours than before

D. Students have to take special programs on the fifth day

51. Which of the following is true about the four-day schedule?

A. It is being practiced in some states

B. It is being planned all over the country

C. It helps students save money for meals

D. It prevents small schools from closing down

After then years of being a housewife and a mother, Carol could not stand it any longer. Then, one morning, just after her two daughters had gone to school, she saw an advertisement广告in the paper. She phoned, and was asked to come to an interview（面谈） that very afternoon. Mr. Hollins, who interviewed her, was a young man about 24 in a black suit. There was a hard look in his eye and he talked very fast. He told her she would be required to stop men between the ages of 21 and 50 and ask them several questions designed to determine what men think of deodorants. The information was to be recorded and she would be paid according to the number of complete interviews she had. When Carol asked which factory the research was for, she was told that was not important. Last of all, before she began she would have to attend a one-day training. Carol accepted. After the training, which was only about how to write down the answers correctly in a form and how to put the questions, Carol found herself in the center of town at 9:30 in the morning. She soon found out that getting the information was really not at all that easy. First, she stopped a man who refused to answer any questions because he had no time. Next, a man told her it was none of her business whether he used deodorants or not. Then she interviewed a man who was hard of hearing and, instead of answering her questions, began asking her all sorts of his own. Finally, Carol found a young man with a pleasant smile on his face. He was coming towards her slowly and seemed ready to talk. He looked surprised when she put her first question. ―I’m doing a research, too. It’s about soap powders,‖ he said.

A. to record what she heard in the streets

B. to collect men’s opinions on a product

D. to stop people who were using the product

A. fill her personal information in a form

B. receive training that might help her do the job

C. put the information collected in the form provided

54. What can we know about the third man Carol stopped in the town center?

A. He was impatient to listen to Carol

B. He was ready to answer Carol’s questions

C. He found it hard to believe what Carol said

D. He had trouble getting what Carol was saying

A. few people were willing to answer her questions

B. it was not easy to make herself understood

C. men did not like her questions very much

M: Uh, I’d like to return this tape recorder and get my money back.

M: I got this recorder only yesterday. Are you sure it won’t wrong again?

M: It simply doesn’t work. You see, none of the button work. Try it yourself.

【答案】can I help you/ what can I do for you

【答案】 One possible version: October 17, 2005 Dear Mr. John Smith, It is my great honor to tell you that you have won the first prize in the Chinese Culture Contest. Congratulations! I would like to invite you to attend the celebration party on the evening of December 10 at Friendship Hotel in Beijing. And you are offered a 10-day tour in China, free of charge. If you are able to make the trip, please fill in the form we mail you with the letter. Besides, you will have to get you passport ready. We will do the rest for you. I am looking forward to your early reply.

Committee of the Chinese Culture Contest