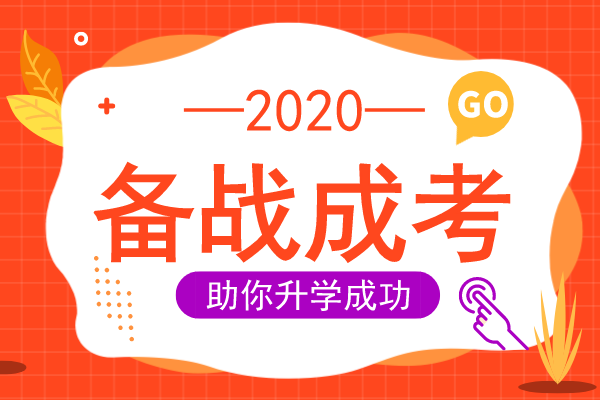 第7题 People were disturbed and began to see where the noise_______.

D.had not needed to hurry

Hobbs was an orphan.He worked in a facty and every day he got a little money.Hard work changed him thin and weak.He wanted to borrow a lot of money to learn painting pietures，but he did not think he could pay off the debts.

One day the lawyer said to him，“One thousand dollars，and here is the money.”As Hobbs took the package of noted，he was very dumbfounded.He didn’t know where the money

canle from and how to spend it.He said to himself,“I could go to find a hotel and live like a rich man for a few days：or I give up my work in the factory and do what I'd like to d0：painting pictures.I could do that for a few weeks.but what would I do after that?I should have lost my place of the factory and have no money to live on.If it were a little less money.I would buy a new coat，or a radi0，or give a dinner to my friends.If it were more，I could give up the work and Pay for painting pictures.But it’s too much for one and too little for the other.”

“Here is the reading of your uncle’s will”，said the lawyer，“telling what is to be done with this money after his death.I must ask you to remember one point.Your uncle has said you must bring me a paper showing exactly what you did with his money，as soon as you have spent it.”“Yes.I see.I'll do that.”said the young man.

第37题 Hobbs was dumbfounded on receiving the money because he thought_________.

C.he would be dismissed D.the lawyer meant to punish him

A.planned to have a happy life for a few days

B.decided to give up his work in the office

C.was to give a dinner to his friends

D.had no idea what to do

Not many years ago，a wealthy and rather strange old mall named Johnson lived alone in a village in the south of England.He had made a lot of money in trading with foreign countries.When he was seventy-five.he gave￡1200 to the village school to buy land and equipment for a children’s playground.

As a result of his kindness，many people came to visit him.Among them was a newspaperman.During their talk，Johnson remarked that he was seventy—five and expected to live to be a hundred.The newspaperman asked him how he managed to be healthy at seventy-five.Johnson had a sense of humour（幽默）。He liked whisky（威士忌酒）and drank    some each day.“I have an injection（注射）in my neck each evenin9，”he told the newspaperman，thinking of his evening glass of whisky.

The newspaperman did not understand what Johnson meant.In his newspaper he reported that Johnson was seventy.five and had a daily injection in his neck.Within a week   Johnson received thousands of letters from all over Britain.asking him for the secret of his daily injection.

D.wanted people to know how rich he was

A.what kind of whisky he hadB.how to live longer

C.how to become wealthyD.in which part of the neck to have an injection

A.should have reported what Johnson had told him

D.should have found out what Johnson really meant

第42题 When Johnson said he had an injection in his neck each evening.he really meant that_________.

A.he drank a glass of whisky in the evening

B.he needed all injection in the neck

C.a daily injection in the evening would make him sleep well

D.there wag something wrong with his neck

Stature of Liberty and Euis Islan Ferry：Boats leave from Battery Park，Manhattan，and from Liberty State Park，New Jersey.They run about every 30 to 45 minutes beginning at 9：15a.m.（ferry schedule subject to change）

Ferry fees：（Includes Liberty and Ellis Island）adults，$7;senior citizens，$6;children（age 3 to 17）$3.（group rates are available for 25 or more adults）

第44题 Which number would you call if your friends were suddenly ill?

第45题 Which of the following is NOT true?

B.The boat departure time from bakery Park is at 9：15a.m.all the year round.

C.Ferry fees for children are cheaper than for adults.

A.visitors prefer to go to Ellis Island by boat

B.there are more visitors in winter

C.Ellis Island is open every day

D.boat is the only transportation to Ellis Island

Orbach must at times think the anti-diet message of her book“Fat is a Feminist（女权主义的）Issue（问题）”has been lost since it was written more than 20 years ago.

Even though it has been proved that repeated dieting results in a little more than regaining most of the lost weight, constant dieting（节食）has become a way of life for many women.48 per cent of British women aged 25 t0 35 were on some kind of diet and that 20 per cent of young wonen dieted all or most of time.Some of them said they would pop a pill to give them their beautiful shape.even if it meant risking their health.

More than half the women and two-thirds of the men in Britain weigh too much，while in the United States more than one quarter of adults and about one in five children are overweight.The idea that female beauty is a very thin body could be changed，if clothing factories and magazines showed images（形象）of women of an shapes instead of selecting skeletal-like models and stick.thin actresses.

But that is easier said than done.

To get her message across.Orbach is also considering talking to pop stars such as Victoria Beckham and Geri Halliwell，both of whom have admitted（承认）having suffered from eating disorders.

A.nobody had suffered from eating disorders 20 years before

B.eating disorders had become much commoner than before

C.eating disorders shouldn’t have become so common as it was

A.fat was a feminist issue

C.even the famously well-rounded women of Fiji were falling victim of fat fear

D.they worried about the way they looked

第49题 Even if repeated dieting results in more than regaining most of the lost weight，in Britain________.

A.forty-eight per cent of old women were on some kind of diet

B.women aged twenty-five to thirty-five dieted all 6r most of time

C.twenty per cent of young women dieted all or most of time

D.all the people were risking their health to get their beautiful shape

第50题 Which of the following is NOT true?

A.Seventy million people have an eating disorder in the world.

D.Clothing factories and magazines showed images of women of all shape.

Ellis：Well，that's to be expected during the first few days after it has been put in.Have

you been leaving it in as I told you?

Jackson：Oh，yes，doctor，I can make it.Thank you.See you then.

I read your advertisement in yesterday's paper.I think I am the best person fit for the position.

I'm 23 years old.I graduated from Boston University two years a90.My major at university was computer engineering.After graduation l worked as a computer engineer in a big company for two years.Now I have enough experience in this field.And I'm very interested in it.

I like sports and I am in good health.I like hard work.I'm sure I call do the job well if I become a member of your company.

I'm looking forward to your reply.