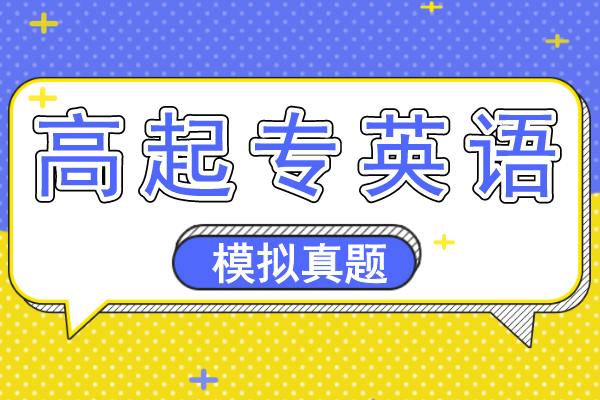 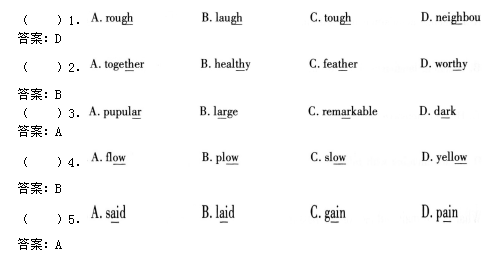 D. was able to

A. To control; keep

B. To control ; keeping

A. as much as twice

B. as much twice as

C. as twice much as

D. twice as much as

A. belonged ; is belonging

B. was belonged ; is belonged

C. had belonged ; has belonged

B. has been given

C. will be given

C. make use of

A. No way. I'll do my homework

B. It's a pleasure

D. I have no time

Mr. Jones woke early one morning,before the sun had risen. It was a beautiful morning, 21（）he went to the window and looked out. He was 22（）to see a neatly-dressed and mid-aged profes sor,who 23（）in the university just up the road from Mr. Jones' house,coming on the direction c the town. He had grey hair and thick glasses, and was 24（）an umbrella, a morning newspaper an a bag. Mr. Jones thought that he must have arrived by the night train 25（）taking a taxi.

Mr. Jones had a big tree in his garden, and the children had tied a long 26（）to one of the branches, so that they could swing on it.

Mr. Jones saw the professor 27（）when he saw the rope and looked carefully up and down th road. When he saw that there was 28（）in sight, he stepped into the garden （there was no fence）put his umbrella, newspaper, bag and hat neatly on the grass and 29（）the rope. He pulled 30（）to see whether it was strong enough to take his weight, then ran as fast as he could an swung into the 31（）on the end of the rope, his grey hair blowing all around his face. Backward and forwards he swung, sometimes taking a few more 32（）steps on the grass when the rope bega to swing 33（）slowly for him.

34（）the professor stopped, straightened his tie, combed his hair carefully, put on his hat picked up his umbrella, newspaper and bag, and continued 35（）his way to the university, looking as quiet and correct and respectable as one would expect a professor to be.

I fell in love with England because it was quaint （古雅的 ）--all those little houses, looking terribly old-fashioned but nice,like dolls' houses. I loved the countryside and the pubs, and I loved London. I've slightly changed my mind after seventeen years because I think it's an ugly town now. Things have changed. For everybody, England meant gentlemen, fair play, and good manners. The fair play is going, unfortunately, and so are the gentlemanly attitudes and good manners--people shut doors heavily in your face and politeness is disappearing.

I regret that there are so few comfortable meeting places. You're forced to live indoors. In Paris I go out much more, to restaurants and nightclubs. To meet friends here it usually has to be in a pub,and it can be difficult to go there alone as a woman. The cafes are not terribly nice.

As a woman, I feel unsafe here. I spend a bomb on taxis because I will not take public transport after 10 p. m. I used to use it, but now I'm afraid.

The idea of family seems to be more or less non-existent in England. My family is well united and that's typically French. In Middlesex I had a neighbour who is 82 now. His family only lived two miles away ,but I took him to France for Christmas once because he was always alone.

A. is not used to the life there now

B. has lived there for seventeen years

C. prefers to live in an old-fashioned house

D. has to be polite to everyone she meets there

（  ）37. Where do people usually meet their friends in England?

B. In a restaurant.

C. In a nightclub.

More than seven hundred years ago, the Prince of Wales had a very big and brave dog, Gelert.

One day the Prince wanted to go hunting with his men. He told his dog to stay at home and look after his baby son. The baby was in a wooden cradle,which is like a small bed.

When the Prince came back from hunting, Gelert ran out to meet his master. He wagged （摇动）his tail and jumped to put his paws（爪子）on the Prince's chest. Then the Prince saw blood on Getert's jaws（下颚） and head.

"What have you done?" the Prince said. He rushed into his home and looked for his baby son.

The cradle was lying on its side on the floor. The clothes were torn and there was blood on them.

"So you have killed my son!" the Prince said angrily. "You unfaithful dog!" He took out his sword and killed the dog. Just as Gelert was dying, he managed to bark for a moment. Then the Prince heard a baby call to the dog.

The Prince ran out of the house and saw his son lying on the ground unhurt. Near him was a dead wolf. Then the Prince knew that Gelert had defended the baby and killed the wolf.

The Prince ran back into the house but he was too late. Gelert was dead. The Prince was very sad indeed. Tears ran down his face when he realized he had killed his faithful friend. The Prince carried the body of his brave dog to the top of a mountain and buried him there. After this, the Prince never smiled again. Every morning at dawn, he walked up the mountain so that he could stand by the dog's grave for a few minutes. If you go to Mount Snowdon in Wales, people will show you where Gelert is buried. There is a sign by his grave. It reminds people of a brave and faithful dog.

A. watch the door

B. take care of his baby at home

Very few of our birds stay with us the year round. Some come to us in the winter from the cold north. Others come from the south to spend the summer with us. How do they know the way? Suppose you were told to find your way to a place hundreds of miles away,do you think you could do it?

Yet birds travel over mountains, forests, lakes and even across the oceans, and do not stray from the path. They find their way back in the spring to the same orchard（ 果园）and the very trees where they nested the summer before.

It is wonderful how quickly birds travel such long distances from their summer homes to their winter ones. Some birds have been known to fly hundreds of miles in a day. But others travel much more slowly.

Why do birds undertake these long journeys twice a year? Perhaps cold weather and lack of food drive them from us in the autumn, but we cannot tell why they leave the sunny south to come back to us in the spring. We know only that many of them like to make their nests and rear their young in the north.

We are sorry to see them go, but we know that when winter is over they will come back to us.

A. lose its way

B. stay on the path

C. keep away from the path

D. fly along the path

（  ）45. How far do birds usually travel from their summer homes to their winter ones?

A. About hundreds of miles.

B. About thousands of miles.

C. The distance that takes a bird to fly the whole morning.

D. The passage does not tell us.

（  ） 46. Why do birds undertake those long journeys twice a year?

A. It is because of cold weather in winter.

B. It is because of lack of food in autumn.

C. It is because of the hot weather in summer.

D. There's some reason that is still not known clearly.

Having no language, infants cannot be told what they need to learn. Yet by the age of three they will have mastered the basic structure of their native language and will be well on their way to communicative competence. Acquiring their language is a most impressive intellectual feat. Studies of how children learn language generally agree that the most remarkable aspect of this feat is the rapid acquisition of grammar. Nevertheless, the ability of children to conform to grammatical rules is only slightly more wonderful than their ability to learn words. It has been reckoned that the average high school graduate in the United States has a reading vocabulary of 80,000 words, which includes idiomatic expressions and proper names of people and places. This vocabulary must have been learned over a period of 16 years. From the figures,it can be calculated that the average child learns at a rate of about 3 new words per day. Clearly a learning process of great complexity goes on at a rapid rate in children.

A. Language acquisition in children.

B. Teaching languages to children.

C. How to memorize words.

（  ）49. The word “reckoned” is closest in meaning to which of the following? 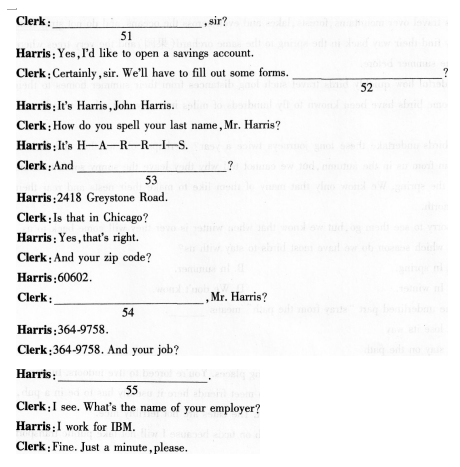 Here we are at the foot of Mount Tai. Mount Tai is oneof the most beautiful places in China. It also has many won-ders. We will spend eight hours here. It's 8:30 now. We will leave here at 4:30 this afternoon. The bus wilt be waiting for us at the entrance. Please remember our bus number and be back on time. Please take your valuable things with you and shut all the windows before you get off the bus.

Have a good time. Thank you !