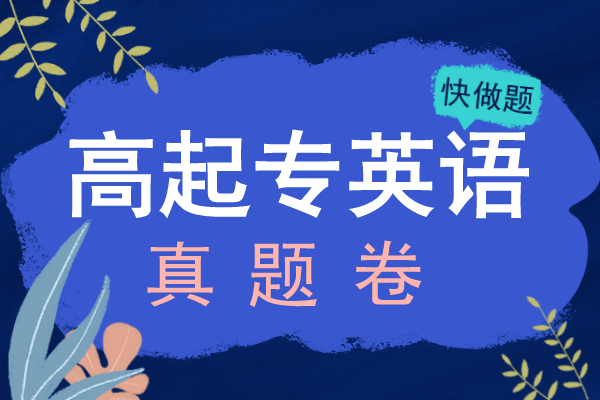 C. has been used

D. had been used

C. That' s all right

Mary,24 years old, comes from Scotland and would like to find apen pal（笔友）who comesfrom East Europe. She likes playing the piano and listening to jazz music. She is interested in historybut does not like discussing politics.

Jim, 19 years old, comes from South Korea. He would like a pen pal who is interested in discus-sing the differences of life in Europe and Asia. He loves traveling, listening to pop music and playingfootball in his free time.

Helga,31 years old, comes from Germany and speaks French, English and Russian. She wouldlike a pen pal who is interested in exchanging （交流） ideas about language learning. She does notlike using computers for learning and believes that language learning can only happen in a class-room.

Jennifer, 18, comes from New Orleans. She is interested in discussing the political differences

between East Europe and North America. She loves horse-riding and listening to jazz music.

Alessandro,25 years old,comes from Rome. He is interested in finding a pen pal who speaksdifferent languages and can exchange ideas on using computers for learning purposes. He likesplaying football in his free time.

36. Who are interested in the same kind of music?

A. Mary and Pietro.

B. Pietro and Jim.

37. What hobby do Jim and Alessandro have in common?

38. Who is interested in finding a pen pal from the business world?

"Are you crazy?" people around him shouted as Alex mien, a 33-year-old immigrant（移民）， rantoward three cars in a chain accident along the highway in Miami, which were burning down. Alexdidn't think twice.

The article"Against the Flames" reported how he put out the fire on a car and pulled a coupleout of another. But when he returned to his own car, steam was coming out from it. It was damagedbeyond repair.

Back in his tiny flat, alone and with little money, Alex didn' t know what to do. He was alreadyworking, going to college and supporting his wife, Aline, and children back in Haiti. He worried about

his wife's health ;doctors thought she had cancer（癌症）。 Every cent was important to him. And nowthis.

Within weeks of reading the article, readers sent hundreds of letters offering jobs, money andbest wishes. One delivered a car--used, but in fine condition. Others helped Aline come to Miami,where a medical team found out it was not cancer.

Readers also wrote to U. S. government officials to support the immigration of Alex' s family toMiami. Consul General Roger Daley even invited Alex to discuss the matter. Aline, together with theirchildren ,joined Alex in Miami this past March. Alex says, "I would like to say a beautiful thanks tothe readers. There are good people everywhere in this world. "

39. Why did people say that Alex was crazy?

A. He had an accident.

B. He made a fire on the highway.

C. He burned his car.

D. He ran toward the burning cars.

40. What do we know about Alex from the text?

B. He was a full-time student in Haiti.

C. He was an immigrant with little money.

D. He wrote the article "Against the Flames".

41. What did Roger Daley invite Alex to discuss?

A. Alex' s new job as a news reporter.

B. The medical treatment of Alex' s wife.

C. Alex' s further studies at a U. S. university.

D. The immigration of Alex' s family to the U. S.

42. What made Alex say "There are good people everywhere in this world"?

A. Some strangers repaired his car free of charge.

B. Some people supported his children' s education.

C. Many readers of the article tried to help him out.

D. His friends sent doctors to treat his wife in Haiti.

In January 2004, a 20-year-old woman ran a red light while talking on a cell phone. Her carknocked into another car crossing with the green light directly in front of her. The police found thedriver never touched her brakes （ 刹车） and was traveling 48 mph when she hit the other car. The po-lice were told that the driver was not looking down, pressing buttons. She was looking straight out ofthe windshield（挡风玻璃） talking on her cell phone as she passed four cars and a school bus.

Although the public appear to be turning against cell phone use while driving, many admit theyregularly talk or text while driving. The police say that nine percent of the drivers at any given timeare using cell phones, and about one in four car accidents are directly related to cell phone use.

Using cell phones while driving has become a serious public health threat （威胁）。 A few stateshave passed laws making it unlawful to use a handheld cell phone while driving, but these laws give the false message that using a hand-free phone is safe.

43. What was the woman doing when the car accident happened?

A. She was busy pressing buttons.

B. She was talking on her cell phone.

C. She was looking at the red light ahead.

D. She was looking for something in the car.

45. What is the percentage of the car accidents caused by drivers using cell phones?

46. What do we know about the laws making it unlawful to use a handheld cell phone while driving?

A. They are not perfect.

B. They are not necessary.

C. They are not practical.

D. They are not important

Many people thought babies were not able to learn things until they were five or six months old.But doctors now say babies begin learning,,on their first day of life. A baby will smile if his or hermother does something the baby likes. A babylearns to get the best care by smiling to please hermother or other care givers. This is when babies learn to connect and "talk" with other people.

Language skills are believed to develop best in the first three years when the place is rich withsounds and sights. Scientists say children should hear the speech and language of other people againand again. The first signs of communication（交际） happen during the first few days of life.when ababy learns that crying will bring food and attention.

Research shows that most children recognize the general sounds of their native language by sixmonths of age. By that time, a baby usually begins to make sounds. By the end of their first year, mostchildren are able to say a few simple words, although they may not understand the meaning of thewords. By 18 months of age, most children can say between eight and ten words. By two years of age,most children are able to make simple sentences. By ages three,four and five,the number of words achild can understand quickly increases. It is at these ages that children begin to understand the rulesof language.

47. When do babies begin to learn according to doctors?

A. Right after they are born.

B. Not until they are five months old.

C. When they are six months old.

D. As soon as they are one year old.

48. Babies will smile when

A. they are wet or hungry

B. they want to get the best care

C. they want to talk to others

D. they learn sounds and words

49. What do most children begin to do from age three or older?

50. What would be the best title for the text?

A. The Language of Babies

B. When Do Babies Learn to Talk

C. The Roles of Cry and Smile

H : Yes. I' d like to book a table for dinner this evening.

H : Four people. Can we have a table by the window, please?

W : All right, sir. I' ve taken everything down.

H :Thank you very much.

How are you doing recently?

54.【答案】When/What time will you arrive

How are you doing reeently?

I'm writing to invite you to join us in a summercamp. Our school plans to have a four-week summercamp, from July 15 to August 12. There' 11 be bothChinese and international students. In the mornings, we' 11have classes including Chinese, English and Chinesepainting. In the afternoons, there' 11 be lectures onChinese euhure and customs. On weekends, we' 11 touraround the eity and visit some places of interest,such asthe Great Wall and the Summer Palace. We are sure tohave a lot of fun together. So what do you think of it?I' m looking forward to your early reply.