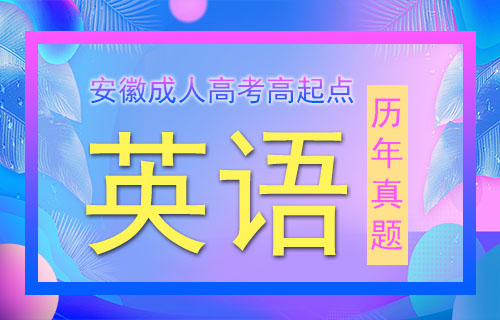 Tomei, 52, an engineer and accordion instructor, had no idea what a great danger he would _39___. With a garden hose （软管），he spent the _40__ few hours putting out small spot fires.

Then the _41__ picked up, and the fire began moving slowly from the valley 60 feet below toward his home. He attempted to put out the fire but without any _42_. The fire and smoke blew up beside him, _43___ him to the ground, where he got hold of a tree. “I couldn’t breathe. I couldn’t see. I just stuck my face in the dirt.”

_44___, the wind changed. Against a frightening backdrop （背景） of house burning up and down his street, Tomei fought through much of the _45__ without any more water and _46__ a couple of tools he could get to keep small fires away from his neighbors’ house.

At sunrise he got his first real look at what had left of the neighborhood. “I saw all those damaged house and thought, oh, my God,” _47__ he’d saved his home along with two others’。

When his neighbor Nancy Tenbrink _48__ to the house she’d thought was lost, she _49__threw her arms around Tomei. “My house was important, but his life was much more _50__,” she says. “I’m deeply thankful for what he did for us.”

C. out of order

D. out of shape

California State Railroad Museum Hours The museum is open from 10 a.m. to 5 p.m. daily （except on Thanksgiving, Christmas and New Year’s Day） Admission $4 adults; $2 students; children aged 5 and under are free.

The Silver Palace Restaurant in the Central Pacific Passenger Station serves good food at reasonable prices. It is just one black southwest of the main entrance to the Museum. There are many other restaurants throughout Old Sacramento.

The California State Railroad Museum is fully accessible to the disabled. Wherever possible, wheelchair lifts are provided. Certain exhibits and programs do have limited accessibility because of the narrow stair ways or door openings on some railroad passenger cars.

Guided tours and films about the Museum are offered daily. There are many other chances at the Museum, too, including related historical attractions within Old Sacramento State Historic Park.

51.Which of the following is TRUE about the Museum?

A. Children may visit the Museum any day of the year

B.Films about the Museum are shown on weekends

C.A student is admitted at half the regular price

52.Where is a visitor advised to park his car if he’ll spend several hours at the Museum?

A.In a garage provided by the Museum

B.On a parking space near the Museum

C.On a metered parking space on the street.

D.In a public garage at one end of Old Sacramento.

53.Where can a visitor enjoy a good but not too expensive meal?

How Coney Island got its name remains a mystery, though people have found explanations from almost every stage of its history.

A written record came out in 1924. It says that the island was once the home of the Konoh people. The name Konoh was mispronounced and finally became “Coney.”

Another explanation finds the name connected with the arrival of Henry Hudson in New York Harbor in 1609. According to it, John Coleman, Hudson’s right-hand man, was killed by Indians. To honor him, people named the island after him.

The Dutch settled in Manhattan in1624, and they became to Coney Island soon afterwards. Since the Dutch word for rabbit （兔子） was konijn and the island had a large population of wild rabbits, many people have supposed this fact to have led to the name. There was a different story about the Dutch word. The Dutch fought the Indians there and were believed to have said that their enemies “ran like rabbits.”

According to an article in a magazine, an Irish captain named Peter O’ Connor sailed between New York and Ireland in the late 1700s, and he named Coney Island after an island that was close to his home in Ireland and of the same size as the American island.

Unfortunately, there is little evidence （证据） that the Dutch, or the English after them, used any word “Coney” for several centuries. There is a lot of evidence, however, that the name Coney Island came into use in the first half the 19th century, after a ferry （渡船） service to carry passengers from the island to the mainland.

B.was given by a man called John Coleman

C.comes from an island close to the English coast

D.is close in pronunciation to a Dutch word

A.used his right hand better than the left one

C.killed many Indians in battles in 1609

D.was the first man to reach the island

56.The writer believes that the name Coney Island most probably _____.

A.has a history of less than 200 years

B.came into use several hundred years ago

C.was used first by the English, not the Dutch

D.is related to the sail from NewYork to Ireland

57.From the passage we know that the word mystery means something____.

B.people have found explanations for

C.that has not been known enough about

D.people have not yet thought about

Ben Carson,a doctor at Johns Hopkins Children’s center,talks about how he grew up in a poor Detroit Neighborhood,when peer（同龄人pressure almost controlled his behavior and even his clothes.He wanted so badly to be considered cool that he begged his mother to buy him an expensive Italian shirt.

“My mother made me a deal,”Carson remembers,“She said,‘I’ll give you all the money I make next week.You’ll be in charge of the family finance（财务）-buying food and other necessities and paying the bills.Whatever you have left over you  can spend on whatever you want.’”

“I thought,this is going to be great,”Carson says,“I bought things we needed most and then began going through the bills.Of course I ran completely out of money long before everything was paid.”

Then I realized my mother,with her third-grade education,was a financial genius（理财能手）-just to keep food on our table and clothes on our backs with such a small sum of money.I’d been a fool.I wanted her to buy me a$75 shirt when she only took home$100 a week,cleaning other people’s floors and washing their toilets.I took a hard look at my behavior and wondered how I could be so selfish.”

“I started studying again.My grades went back up to A’s.Some of my peers laughed at me because I did not follow their pattern.But I refused to let that trouble me,because I had a goal.”

The experience had a lasting effect,“I not only saw and felt the difference my mother made in my life,I am living out that difference as a man.”

A.wanted to be as cool as other boys of his age

B.tried to attract girls with his cool manner

D.was seldom good at his lessons

59.By saying“My mother made me a deal”，Ben Carson meant that his mother____.

A.refused to buy him the shirt

B.made an agreement with him

C.asked him to deal with the problem

D.showed him how to save money

60.Ben Carson started studying hard again and rose back to the top because_____.

A.he had got his shirt anyway

B.he got his mother as his teacher

C.he wanted to be a financial genius

D.he had a better goal to run after

A.a boy should not learn from his peers

B.he didn’t understand his mother as a boy

C.what his mother taught him has changed his life

D.people with little education may become a genius

Most people can remember a time in their lives when they learned something almost by accident,that is,without consciously（有意识地）trying to learn it.Often this kind of learning happens when we are in fact trying to learn something else.For example,many people learn a number of English words not by memorizing them or studying them directly,but by doing something they enjoy,like listening to popular songs that contain them.Similarly,some people learn words in Chinese orJapanese nit by studying those languages directly,but by studying martial arts,such as kungfu or aikido,in which Chinese or Japanese terms are used. Foreign students in the United States often learn the system（体系） of measurement simply having to shop and cook for themselves.Those activities require them to learn words like pound,gallon,inch and yard.

Many educators believe that such a kind of learning,generally called content-based learning,is the best way to learn the rules of a system.Supporters of content-based learning argue that people can best understand and remember a system’s basic rules by coming upon them in the context（环境） of that system-not by studying and memorizing them out of context.Therefore,supporters of content-based learning feel that grammatical rules can best be mastered indirectly through reading and writing, rather than by mere memorization.Likewise,they feel that mathematical rules can best belearned by working out real-life problems where such rules are needed to find out the answers.In many cases,our own learning experiences may support the ideas that we have a deeper understanding of rules we find out from context than of those memorized out of context.

A.realizing they are learning it

B.paying attention to the accident

C.understanding what they are learning

D.knowing what they should learn next

63.Shopping and cooking in a foreign country_____.

B.help one learn measure used in that country

C.tell one what is needed to learn to live there

D.require people to know how to measure

64.Many educators believe that the best way to master the basic rules of asystem is______.

A.learning them in the context

D.fixing attention on the rules themselves

65.What does the author most probably think of the content-based learning?

Pharmacist:Let me have a look at your teeth,please.…Oh,it’s nothing serious.You can try this.It’s quite effective.

Pharmacist:It costs only$8.99 a bottle.

Michael:OK.Thank you for your advice.And there is a 10dollar bill.

参考答案：take one pill every four hours.

I’m looking forward to your reply.Thank you very much.

I meant to write you for some time.You know I plan to continue my study in the U.S.I’m interested in computer science.So I’m writing to ask for your help.I want to know how to prepare for that as a foreign student.For example,what kind of English test is required for entrance?How many courses does a student have to take each term?How much do I have to pay for the courses?How much do I need for food and housing? Really a long list of questions.

Since I know very little about American Universities,it would be great if you can suggest some universities suitable for me.

I’m looking forward to your reply.Thank you very much.