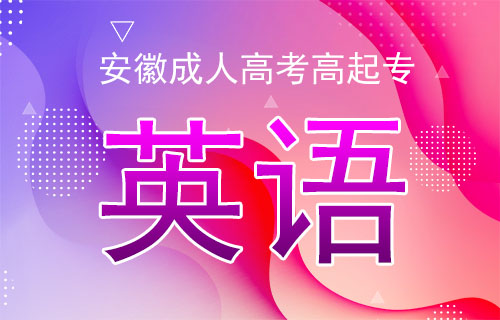 I once went to a town in the north of England on business.

I went to bed but could not sleep. Every quarter of an hour the church clock struck and at midnight the whole hotel shook with the noise. Just before dawn,I finally 43__________.

C.To tell you the truth

There was a river with a small town on either side of it. The towns were linked by a bridge.

One day，a hole appeared in the bridge. Both towns agreed that the hole should be mended. However，disagreement came up as to who should mend it. Each town thought that it had a better reason for the other to mend the hole. The town on the right bank said that it was at the end of the road，so the left-bank town should mend the hole. The town on the left bank，on the other hand，insisted that all the traffic came to the right-bank town，so it was in their interest to mend the bridge.

The quarrel went on and on，and so did the hole. The more it went on，the more the hostility between the two towns grew.

One day a man fell into the hole and broke his leg. People from both towns questioned him closely about whether he was walking from the right bank to the left or from the left bank to the right，in order to decide which town should be blamed for the accident. But he could not remember，since he got drunk that night.

Some time later，a car was crossing the bridge and broke an axle（轴）because of the hole. Neither town paid any attention to the accident，as the traveler was not going from one to the other，but was merely passing through. The angry traveler got out of the car and asked why the hole was not mended.

On hearing the reason，he declared，“I'll buy this hole. Who‘s the owner?”

Both towns at once declared that they owned the hole.

“One or the other，whoever owns the hole must prove it.”

“How shall we prove it?”asked both sides.

“That's simple. Only the owner of the hole has the right to mend it. I‘ll buy the hole from whoever mends the bridge.”

People from both towns rushed to do the job while the traveler smoked a cigar and his driver changed the axle. They mended the bridge in no time and asked for the money for the hole.

“What hole?”The traveler looked surprised.“I can't see any hole. I‘ve been looking for a hole for several years now. I'm prepared to pay a good price for it，but there’s no hole here. Are you pulling my leg or what?”

He got into his car and drove off.

第51题单选 What did the two towns quarrel about?

A.Which of them should mend the hol

B.Whether the hole should be mende

C.Why there was a hole in the bridg

D.When they should mend the hol

第52题单选 The man who had fallen into the hole failed to answer any questions because he ______.

A.had one of his legs broken

C.had drunk too much wine

D.was afraid to blame anybody

B.they had the right to sell the hole

C.they were able to mend the hole

D.they could afford to mend the hole

Scientists have searched for many years for a method to tell whether a volcano（火山）explosion will be small or large. Now，four scientists say they have discovered something in lava（熔岩）that will help do this. They did the research on Mount Unzen on the southern Japanese island of Kyushu.

Mount Unzen exploded in November，1990. Since then，more explosions have killed 43 people and destroyed the homes of more than 2，000 others. The volcano is still active today.

The scientists say the lava of the volcano contains high level of an element（成份），which is a sign of the presence of the lava from deep in the earth，not from the surface. They say it shows that the lava coming directly from inside the earth is connected with huge explosions instead of smaller ones.

第56题单选 The four scientists discovered that the level of the element contained in the lava could tell ______.

A.the degree of a volcano explosion

B.the place of a possible explosion

D.the time of a possible explosion

B.the presence of the lava from the surface

C.the damages caused by the 1990 explosion

D.the lava from different explosions in the area

Have you ever argued with your loved ones over simple misunderstandings（误解）？Little wonder. We often believe we're more skillful in getting our point across than we actually are，according to Boza Keysar，a professor at the University of Chicago. In his recent study，speakers tried to express their meanings using unclear sentences. Speakers who thought listeners understood were wrong nearly half the time. Here‘s some good advice to reduce misunderstanding：

（1）Don't trust what you see from the listener. Listeners often nod，look at you or say“uhhuh”to be polite or move the conversation along. But it‘s easy to consider these as signs of understanding.

（3）Ask listeners to repeat your message. Introduce your request by saying“I want to be sure I said that right.”Questions like“How does that sound?”or“Does that make sense?”may also work.

（4）Listen well. When on the receiving end，ask questions to be sure you're on the same page. After all，it isn‘t just the speaker's job to make his speech understood.

第58题单选 Why does the writer give us the advice?

B.Misunderstanding is damaging our normal live

C.Misunderstanding occurs now and the

D.It's impolite to say NO to other

第59题单选 The writer suggests that when talking to others,the speaker should ______.

A.know that listeners will show him that they understand his words

B.express himself clearly even when he sees signs of understanding

D.look directly into his listener's eyes

A.to get themselves trained by a good editor

B.to discuss problems with their husbands or wives

C.to express themselves in long but simple sentences

D.to make sure each sentence has only one meaning

第61题单选 In the last paragraph,the words you're on the same page mean that ______.

B.you're reading the same page as the speaker does

C.you should know which page the speaker refers to

D.your story is written on the same page as the speaker's

While acting may run in the family,it wasn't Angelina Jolie's only choice when thinking about her future. Although Jolie has studied her craft（技艺）since childhood,at one point the 26-year-old,who stars this month in Tomb Raider with her father,actor John Voight,wanted to be a funeral（殡葬）director.“I thought that the crossing over could be a beautiful thing and a time of comfort when people could reach out to each other.”

Tradition（传统）is always attractive and interesting to Jolie,who moved with her mother,Marcheline Bertand,and brother after her parents separated when she was two.“I never had one home. I never had an attic（阁楼）that had old things in it. We always moved,so I was never rooted anywhere. And I always dreamed of having that attic of things that I could go back and have a look. I'm very drawn to some things that are tradition,that are roots,and I think that may be why I paid such special attention to funerals.”

Finally,she chose acting.“Following in my father's footsteps,”she says,“is an interesting thing,because I think we speak to each other through our work. You don't really know your parents in a certain way,and they don't really know you. So he can watch a film and see how I am as a woman,the way I’m dealing with a husband who's been hurt,or the way I'm crying alone.”

“And it's the same for me：I can watch films of his and just see who he is. I've learned to understand him as a person.”

A.was once a funeral director

C.wants an attic to live in

D.was hurt by her husband

第63题单选 Which of the following can best support Tradition is always attractive and interesting to Jolie?

A.Jolie longed to have old things from her childhoo

B.Having more than one home is always interesting to Joli

C.Jolie's parents separated when she was very youn

第64题单选 The words Following in my father's footsteps most probably mean ______.

A.listening to my father's advice

B.taking my father as an example

D.looking for my father's footsteps

第65题单选 Angelina Jolie finally chose acting because she thought she and her father could _______.

A.work together several months a year

B.bring into memory what happened in the past

D.get to know each other through their films

第66题简答 Jane：How do you like the idea of having a picnic this Saturday?

参考答案：Shall we invite John and his girlfriend

第68题简答 Jane：OK. And we can ask them to prepare some drinks.

参考答案：What kind of fruit should I buy（/ do you like）

Jane：How about 8 in the morning?We can get there in an hour and a half.

Michael：OK. I'll call John and tell him about our plan.

How are you doing recently?I‘m planning to go to Shanghai and look around in the city for a few days. I’ll take the train and arrive at 8 o‘clock a.m. on October 21st. Will you please come and meet me at the station?I’m going to stay in Shanghai till October 24th. Please help me book a hotel room. I hope to stay in a hotel around the downtown area but the price shouldn‘t be very high. I don’t mind if the room is small. Another thing. Can you book a ticket for me back to Beijing on 24th?